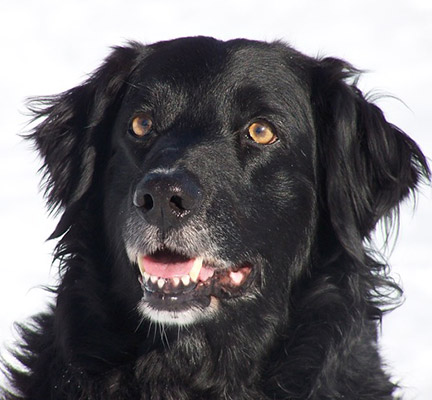 It is with sad heart to say that I lost my dear Casey last night, he was 15+ years and lived a long sweet life. I got him as a rescue from a breeder in Ojai at 1-1/2, was not exposed to anything, scared of the world but had a sweet expression in his eyes. He paced his dog run with a plastic water bottle, which was either going to be a neurotic quirk or the start of great drive. It turned out to be the latter. His hip dysplasia prevented him from doing agility but herding was his thing. We learned together, with the help from Kyle, how to move sheep, goats, ducks and geese all over ranches earning a CGC and 9 stock titles with a half a dozen Q’s towards other stock titles. In 2008 he earned 4th place at the Aussie Nationals in Open Ducks, a very proud moment for me. Several large ranch courses we had to move up to 65 sheep and he did it, wanting to please. He was not the sharpest pencil but his gentle nature was more than enough to call a partner. Scout helped him get out of his shell and soon he would seek a pet from any passerby. These past few months he would get stuck in corners of the house or yard, an old dog thing, and sweet Scusi would help me find him and rescue him back to his bed. He had a wonderful life and he gave back so much love in return. Now you are running again like the good ole days with all the toys in heaven. Have a good time dear Casey, will miss ya 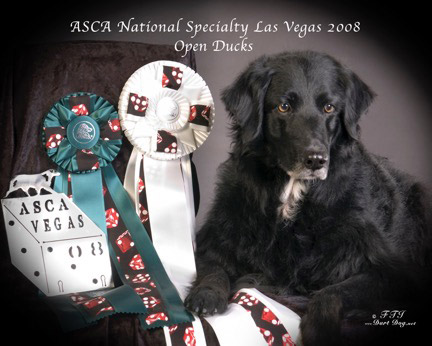 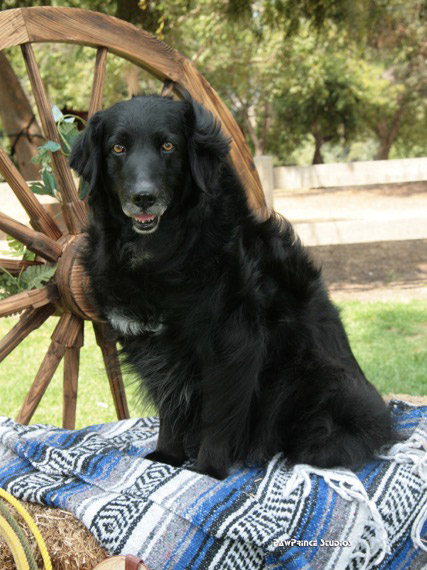 Every breed has or needs a rescue group to help sort and place unwanted dogs. I am a foster person for Australian Shepherds, or should I say at times I am a foster person. You see I seem to keep the ones that need that extra help. In August of 2000 I got a new foster dog. He came from a breeder who just had too many dogs and couldn’t take care of them properly. Pacey, as he was called due to the fact that he paced constantly, shared a large dirt run with another dog and next to many others in runs. He had little socialization in his 16 months with humans or the environment around him. When we touched the chain link fence all the dogs would flinch and run away. Casey, what I call him now, had a beautiful black coat, in spite of the dirt around him, with three white spots running down from his chin to his chest. 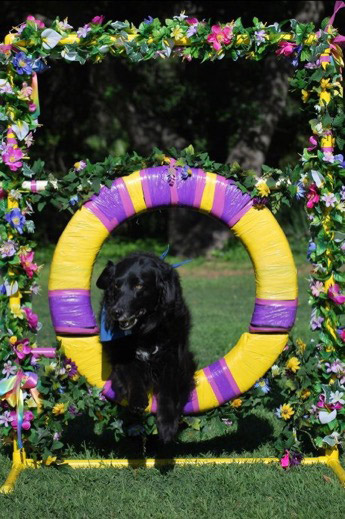 He carried in his mouth a plastic bottle and wouldn’t let go as he paced all around his run. This was either going to be a neurotic habit or the start of some playful times, luckily it was the latter. He moved with caution as we got him near the car for transport. I kept talking to him in soft easy tones as his face had sadness about it. Linda Lamon, a rescue rep and myself took him to her pet supply store in Ventura, Claws and Paws to get a bath. Although scared he didn’t try to escape or fight us but must have sensed that our kind words and actions were to help him. The dirt came off in droves and after excepting the blow drier with a little trepidation he was a sight to behold. Long wavy black coat that has only gotten better with time. Casey was very quiet on the way home in his crate and even inside my home. Having lived outdoors all his life I knew he wasn’t house broken so every 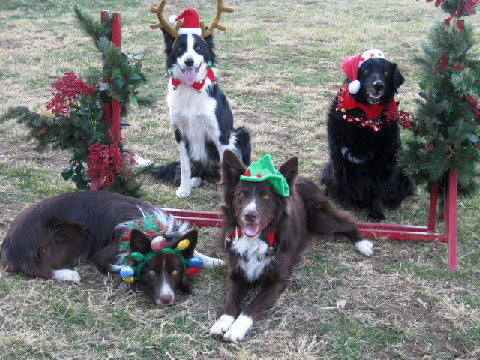 20 minutes or so I would lead him outside on leash to smell the yard and take care of business. He only had two accidents in the house due to my forgetfulness and learned what outside meant very quickly. Periodically I would try to give him a dog treat but he really didn’t know what they were. In my house I have two baskets filled with dog toys and Casey would get one toy, bring it on the area rug, then go back for more. Soon he was lying with all the toys around him as 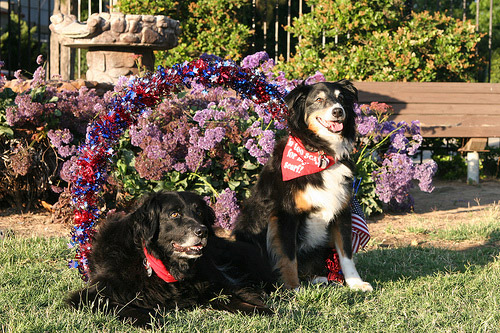 happy and content as can be. After a few days at home I took him for a short walk around the neighborhood. He was cautious but a trust was forming between him and myself. Car rides would make him sick so I gradually made them longer and to places that were fun. If you throw a toy of any kind he loves to retrieve it and bring it back for more. This can go on forever but a perfect game to play in strange environments. Casey was very standoffish when someone would try to pet his head, a very common occurrence with abused dogs. Little by little I would have them feed him treats and 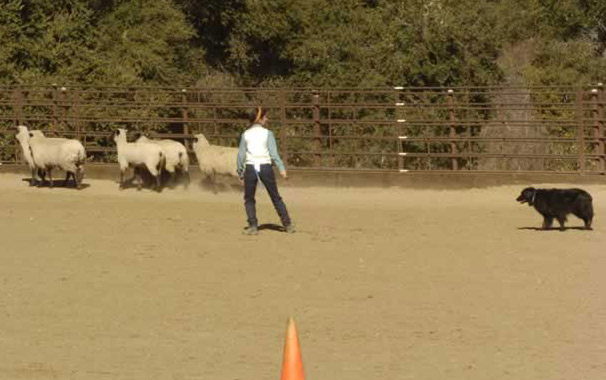 much later add the touch. After a couple of months of socializing and teaching him basic obedience it was time to find a permanent home. A couple came by wanting an Aussie to live on their one-acre ranch. I explained what it takes to home a rescue dog, that it was a lot more work to form that special bond when the dog had doubts from bad past experiences. They seemed to understand and were willing to go the extra mile, or so I thought. It’s hard giving up a dog you have grown to love but as a foster person you try to look at the big picture and find the perfect match. The love that you have given only helps give them support and trust to move on. My mom wanted to go along with me to bring Casey to his new home and say goodbye. We arrived to a very large place and again explained that they should keep the leash on and held until Casey felt comfortable. I can still hear the cries from Casey as we drove off, mom and I in tears. This was a Friday in September and on Sunday morning I got a call from the man that I was to pick up Casey, it was not working out. 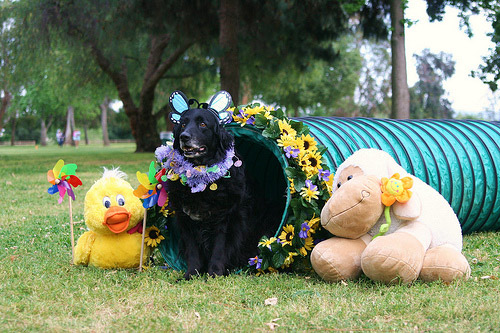 I asked what happened and he said that the dog just ran to the back of the property and wouldn’t come out. He wouldn’t eat or drink and since it was about 100* outside he was concerned about the well being of the dog. I asked if he had kept a leash on him inside the house and his reply was that it would be an outside dog he might as well get used to it. I told the man I would come right away and get Casey. Then the girlfriend said she would try and work with Casey but I knew this was the wrong situation. A male friend of mine came with me in case there was trouble and as soon as I entered the yard, called Casey’s name, he came bounding up to me and grabbed a toy to play. The people were shocked at this sudden turn around. Right then and there I promised Casey I would never leave him again, that he was a permanent member of our family. Needless to say mom was very happy to see him as she too has formed a special bond. Casey is the easiest dog to take care of, he doesn’t dig, chew, bark, and is the most obedient dog around as he trusts me, the plus side when you rescue. I have taught him a few tricks and he knows all the obedience commands but is still too squeamish to enter dog obedience shows. 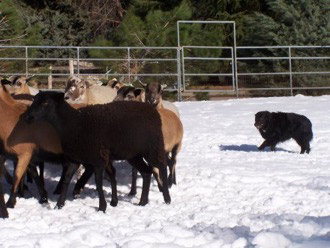 That is okay, his life can be retrieving toys and just being good. In these past years Casey has experienced many events. He travels with me and my other Aussie, Scout to dog shows, loves to run on the beach herding the birds, plays in the parks all over town, and has grown to ask to be petted. Scout, which is another story, has really helped him to come out of his shell, has taught him how to play with other dogs and to be adventurous. They are a cute pair both black in color and the best of friends. Kind of like a big brother looking after the little sister who always gets into mischief. When he turned five I decided to see if he had any herding instinct. To my amazement he took to it like he had been doing it all his life. Calm and easy going, he never rattled the stock and was willing to do as I asked of him. After a year or so of training we entered stock trials and in his life he has entered 56 trials and earned 10 titles on sheep, goats, ducks and geese. In fact a couple of trials we had to work 65 sheep, move them from pen to pen, hold them in a circle grazing in the open dessert for 5 minutes, then travel down a road and stop them while a car drove by and he did it all with calmness and ease. At age 12, I decided to retire him and let him accompany Scout to trials but not partake in them. Now much more grey on the muzzle, he still loves his walks, retrieving thrown toys and getting pets from anyone who comes by.

There is not a better feeling to see a rescue dog have a wonderful life. More people should try that experience.